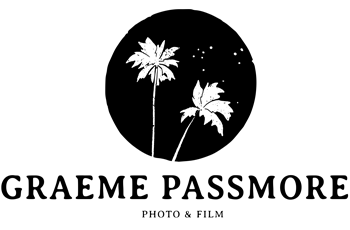 Sunshine Coast Drone Photography | It’s safe to say that drone photography & videography has really taken off. Pun intended. A trend that’s probably here to stay. For any good film maker, new technology & equipment is just a tool to tell a story. I’ve never been one that’s into the latest & greatest gadgets, but if it’s something useful, something that helps my workflow & creative process, then I’m all about it. Drones are so affordable & accessible these days, which is amazing for those weekend warriors & travel enthusiast, myself being one. And to be honest, the newer models are pretty damn easy to fly. That being said, there is a massive difference when hiring a professional to capture your drone footage compared to your mate. It’s what professional film makers & photographers do with the footage after it’s captured that makes all the difference. Good colour grading & exposure throughout along with the perfect amount of audio, is just a few skills that separates the professional film maker to the hobbiest. The drone I own is just another camera to me. It’s another camera, a tool to capture a different perspective, a different angle to take my story telling to another level. A perceptive I couldn’t capture in the past. It helps with creating the scene, the mood & scale of the story. Like any trend, it shouldn’t be over used. That is probably the main problem with some of the wedding films I’ve seen out there recently. They have become obsessed with the drone footage, the trend, that it’s in every second edited scene. It’s a fine balance, theres only so many epic flyby scenes before the story has been lost. Drone technogly has improved so much in just the last 12 months, with 4k being the norm. Stabilisation is amazing & the fact it can basically be folded down into your pocket. What! But again that is irrelevant unless you know what to do with it. So yes, I’m a professional drone photographer & videographer, but I’m a story teller by trade.